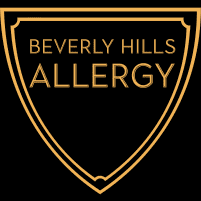 Dr. Hariri is skilled in multiple techniques used to diagnose and manage treatment of breathing disorders in patients from throughout the Greater Los Angeles area, including performing spirometry tests using the most advanced equipment available for consistently accurate results.

Spirometry is a simple breathing test that can be conducted in just a few minutes right in the doctor's office. It's completely painless and noninvasive. The test measures the function of your lungs by having you inhale then exhale into a device called a spirometer.

When is spirometry used?

Spirometry can be used any time your doctor suspects a breathing-related disease or condition such as asthma, chronic obstructive pulmonary disease (COPD), chronic bronchitis, emphysema and other conditions that affect the lungs and airways. It can also be used to determine the effectiveness of specific treatments.

What does spirometry measure?

Spirometry provides Dr. Hariri with two important measurements: Forced vital capacity (FVC), which reflects the amount of air you can exhale forcefully after taking a deep breath; and forced expiratory volume (FEV-1), which measures how much aid you can force out of your lung in a single second. Lower FVC values are associated with restricted breathing, while lower FEV-1 values reflect more severe breathing difficulties.

How is spirometry performed?

During the test, you'll be asked to breathe into a tube that's attached to the spirometer device. Be sure to follow Dr. Hariri's instructions closely to ensure the most accurate results. To make sure the test is as accurate as possible, a clip will be placed on your nose so all air is coming out through your mouth and entering the device. The test will be repeated a few times to make sure the results are consistent. When used to diagnose asthma and some other lung diseases, you may be asked to perform the test initially, then again after using an inhaled medicine to help open your airways. If the medicine helps you breathe better, it's a good indication you have asthma. The test takes about 15 minutes.

We accept major insurance plans. If you don't see your provider in the list, please contact our office for more information.

Words from our patients